As Haywood County continues to grapple with the aftermath of deadly flooding that tore through the area Aug. 18 caused by Tropical Depression Fred, hundreds of people are joining forces to offer aid to families whose homes were damaged or destroyed.

Ingles chimed in on Aug. 27 and gave a truckload of cleaning supplies to a pop-up donation center at BarkClad in Bethel.

BarkClad sits just past Cruso Road, the entrance to the small mountain town of Cruso, which is said to have been hit the hardest by the floods.

More than 200 volunteers have passed out supplies since the warehouse was transformed into a donation center Aug. 19, BarkClad owner Danny Heatherly said.

“I’m right here in the middle of the community, so I had like four different ministries call me all wanting to set up here,” Heatherly said. Heatherly worked with Hearts with Hands, a nonprofit relief group, to organize the donation center.

One of the volunteers, Lewis Oats, contacted the Ingles warehouse in Black Mountain earlier this week about buying a pallet of bleach for the donation center.

Oats, who lives in Clyde, has been devoted to helping those suffering from the floods. Last week, he spent $350 on a pallet of water to donate at the center.

“He left me a message, and I had made up my mind that day that I was going to help whoever called,” said Karen Dotson, who works in administration at the Ingles warehouse. The supplies are intended to be used for Haywood’s cleanup, which is proving to be an expensive endeavor with at least 456 homes damaged during the floods, according to state Rep. Mark Pless. On Aug. 26, Haywood County Commissioners approved $5 million in spending on cleanup. The plan is for the Federal Emergency Management Agency to reimburse the county funds used on recovery.

Haywood County Sheriff Greg Christopher said FEMA was on the ground in Cruso on Aug. 26, but neither he nor Lt. Gov. Mark Robinson, who visited Haywood County Aug. 26, knew when FEMA was to complete its assessment of the damage. Shelby Harris is a reporter covering education and other topics. She can be reached at sharris@citizentimes.com or on Twitter @_shelbyharris.

The Full and Original article can be found here https://tinyurl.com/c9fx6vss

Smarbark Engineered Bark Siding has been selected in  modern rustic designs.  Clean lines in a shake  application.  The rustic tree bark faux look adds a new look to the sustainable revolution. Smarbark panels have added R value and fire resistant properties. This alternative can save energy and also brings nature into any project. 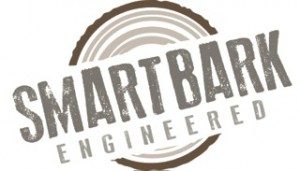 Barkclad has taken the Smartbark concept in bark siding to a new level.. With a new look and High volume demand we can add the look of bark siding to any project. American Chestnut or Poplar can now be added with the value if R-Value and a low flame spread. Smartbark is the right choice for your new project. Smartbark is the perfect choice for exterior and interior applications. Smartbark gives you the look of tree bark with the added benefits of quick installation, insulation value, 25 year warranty and low flame spread. And the best part of all is its…MADE IN THE USA! 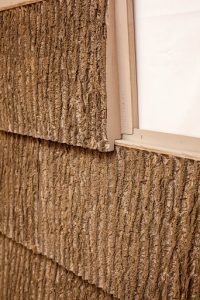 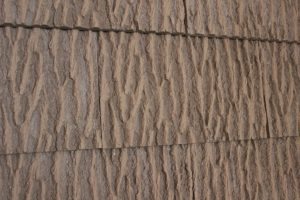 Poplar and Chestnut can now be added to any home’s interior or exterior! 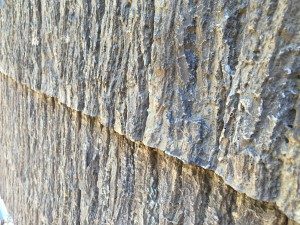 Back to School! Setting the classroom to educate consumers and our customers on the Next Generation of Bark Siding.  Historical American Chestnut.

All SmartBark products are weather resistant so they do not fade, darken, rot, mold, crack or curl. They are easy to install and don’t require bug treatment or a special moisture barrier. BarkClad’s exclusive 30-year limited warranty ensures your SmartBark siding will look beautiful for years to come.

SmartBark Poplar, SmartBark Sourwood and SmartBark Chestnut are washable, paintable and flame resistant, and with an R-value of 4.7 per inch, SmartBark saves on energy costs year after year.

Our signature Natural Poplar Bark Siding is now available in an all-new Planed Surface Finish. Used as a backsplash, wainscoting or on an entire wall, it’s the perfect rich and rustic interior accent for your home. 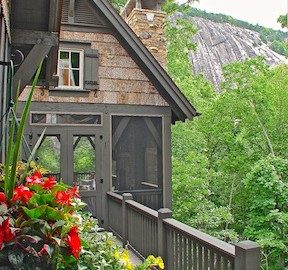 BarkClad, a leader in the bark siding industry, announced today that it is the strategic provider of bark building materials for MossCreek, a custom designer of rustic American-style homes.

Through this new relationship, BarkClad will offer its signature Natural Poplar Bark and new SmartBark engineered bark siding for use in MossCreek home design projects. The new strategy formalizes the longstanding relationship of the two companies and emphasizes their commitment to the highest quality in home design.

Founded in 1999 in the mountains of western North Carolina, BarkClad has built a reputation nationwide and in Canada on providing the highest-quality natural bark products and exceptional customer service. Every BarkClad product, including all natural products and the innovative SmartBark engineered bark siding, is stamped with the BarkClad seal of approval guaranteeing the highest quality in the industry. BarkClad is an FSC-certified company and member of the Western North Carolina Green Building Council.

MossCreek is a leader in the American log and timber frame homes industry, specializing in ready-to-purchase home plans and custom design. MossCreek homes can be found in exclusive communities and estate locations throughout the U.S.

“BarkClad has always been a welcome product on MossCreek homes,” said Allen Halcomb, president of MossCreek. “We are excited that our two independent companies will be working together to promote the use of bark products on more homes throughout America.” 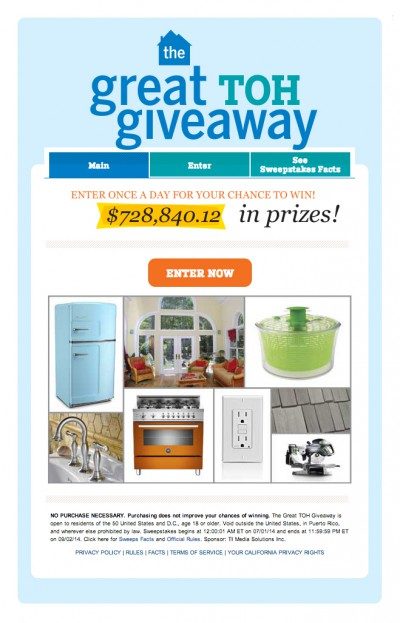 Click on the poster above to enter your chance to win BarkClad’s SmartBark – the world’s first engineered bark siding!

We’re proud to be a part of The Great TOH Giveaway, presented by This Old House magazine.

You can enter daily to win more than $700,000 in prizes and products, including $13,500 worth of BarkClad’s new SmartBark, the world’s first engineered bark siding.

The sweepstakes ends Sept. 2. Winners will be announced on or around Sept. 16. 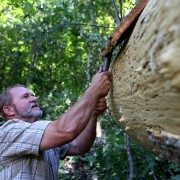 Summer is the busiest time of the year for BarkClad. During a few short weeks, the BarkClad crew heads into the woods to harvest its signature all-natural bark siding.

Working with loggers who are cutting poplar timber for the furniture and plywood industries, BarkClad harvests its bark only from already-felled trees, saving what otherwise would go to waste to create a beautiful natural siding product.

The poplar bark is hand-peeled and cut at the tree harvest site, then carefully carried, not pulled or dragged, to a pallet where it is stacked flat for drying. This “hands-on” process minimizes damage and maintains the natural integrity of the bark.

Back at the mill the bark is placed in a kiln where it is dried slowly at a constant heat, a process that also destroys any insects, eggs, larvae and fungi that may be present. Once drying is complete, the bark siding is cut to specification and ready to ship.

It’s a painstaking process, and not much different than the technique used by mountain residents centuries ago.

Tradition is important at BarkClad. For 15 years, the western North Carolina company has built a reputation on providing the highest-quality natural bark siding and building products and exceptional customer service. The company’s distinctive bark is found on the exteriors and interiors of fine rustic homes and lodges, lake cabins, seaside cottages, and natural commercial properties across North America.

Please visit  www.barkclad.com for more information on BarkClad and its high-quality bark products.