Danny and Nylenda Heatherly are NC natives and both were born in Haywood  County where their roots run deep in the Appalachian mountains.  They are the owners of BARKCLAD a small business that produces a product so intriguing that everyone that sees it is astonished.  Danny comes from a legacy in the timber industry in Western North Carolina. He has seen the logging industry here in the mountains change over the years. Danny grew up on a farm where he learned to make a living from the surrounding mountains. Danny learned from the time he was a boy the value and name of every tree in the forest by its leaf, twig or bark. Over 20 years ago he started peeling the bark off of the trees to be dry kiln and used for siding. By repurposing the bark from trees that are already being cut for use in the furniture and plywood industries, BarkClad is able to minimize the environmental impact and create a beautiful natural siding product that will last for years.

The idea of Bark Siding has dated back to the ancient Indians and in the early 1900’s  the famous American Chestnut, which is now virtually extinct, was used to clad homes and buildings. Some of theses buildings are still clad with chestnut bark. Several years later a man named Bud Phillips found that the tulip poplar was an excellent choice for home bark siding. Today the idea of Bark siding is a revolution and can be found in all 50 states, Canada and other countries. Bark siding is the newest look in home building in over 30 years.

Danny, Nylenda and their 3 children have worked in the family business harvesting bark and marketing it for over 20 years. Every May thru August the family works on site, in the woods and at the Barkclad location procuring the bark for the years supply. The supply is limited due to the limited time to harvest the bark while the sap is up in the trees. Danny and Nylenda decided that if bark siding could be made synthetically then everyone could have the chance to clad their home or project with bark. So in 2008 they were awarded a US patent on engineered bark siding and began research and development of what they now call SMARTBARK. Smartbark is now offered in 2 species of trees including bringing back the look of the historical American Chestnut.

The story with the Heatherly’s is the true “American Entrepreneur “where integrity and values are the core of the business model. This family has seen the pages of a book that tell the story of hard work, and raising a family, to believe in America as a place of opportunity.

The BarkClad brand stands for superior quality, environmental stewardship, exceptional service and purposeful innovation.  We are proud to be a certified company and we take great care of the trees we harvest for use in your home.

Always innovating, BarkClad has been perfecting a new, sustainable, engineered bark product for the past 7 years called SmartBark. With its authentic appeal and attractive price point, SmartBark is an incredible new innovation that will revolutionize the siding industry. 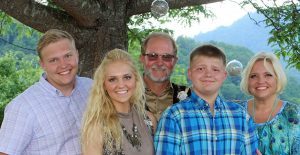 The Barkclad Family has deep roots in the Appalachain Mountains! 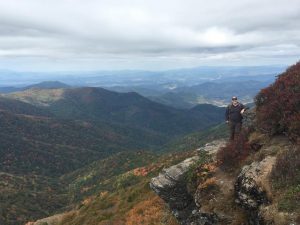